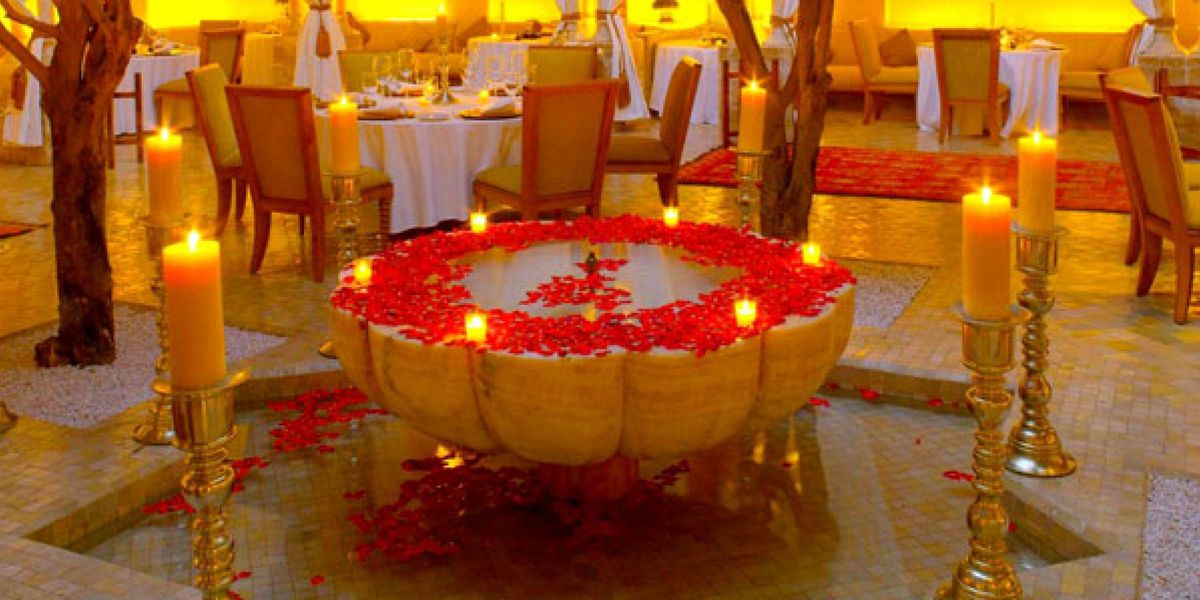 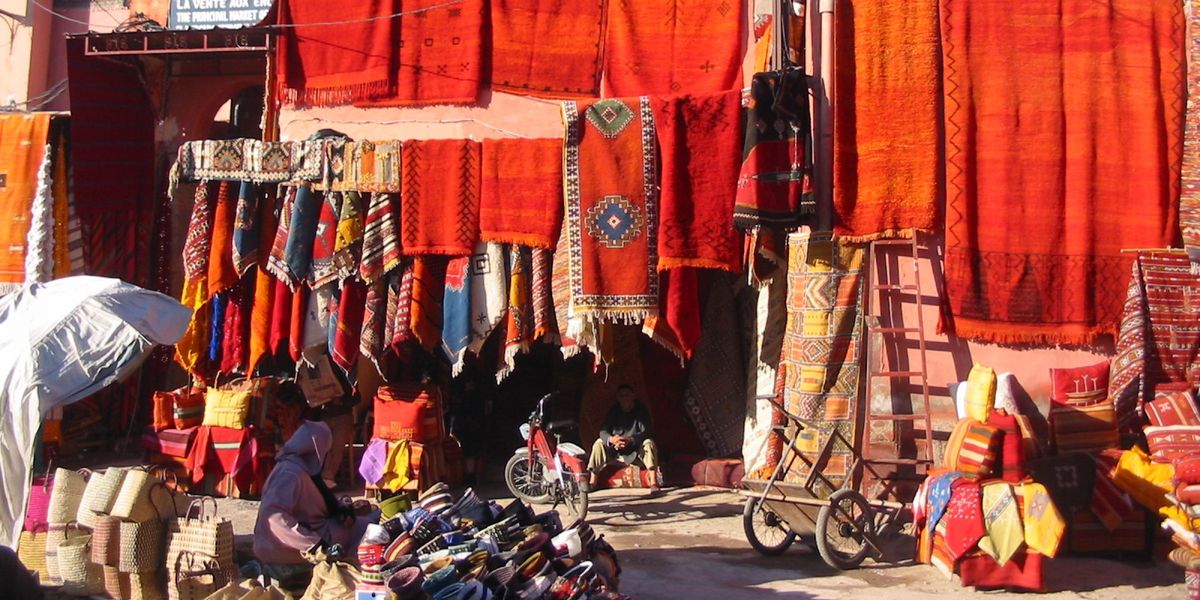 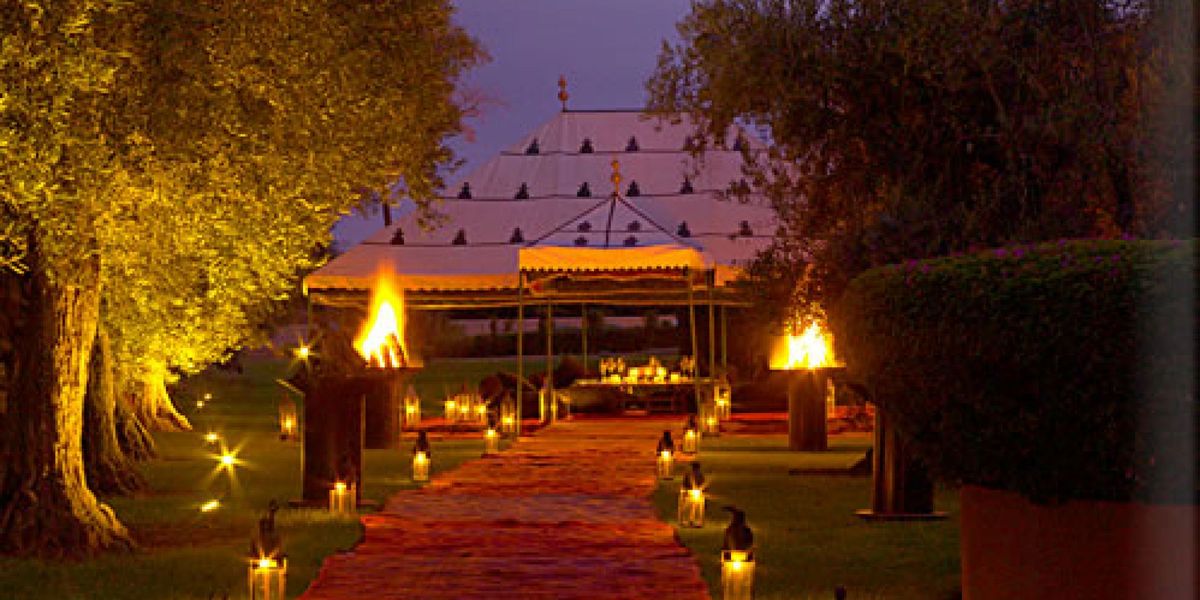 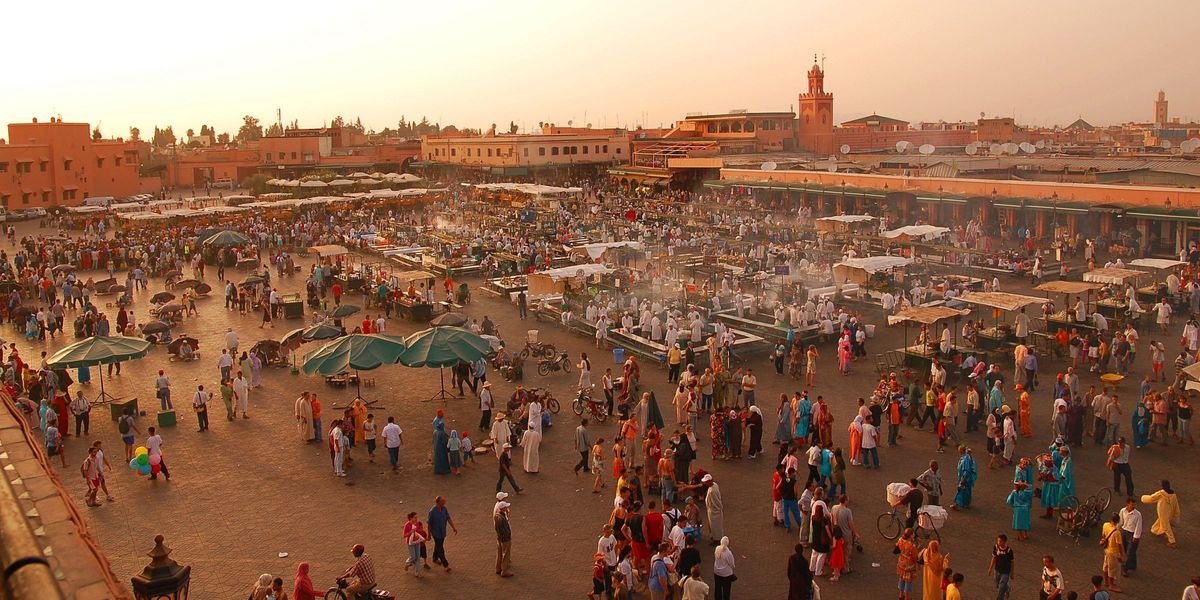 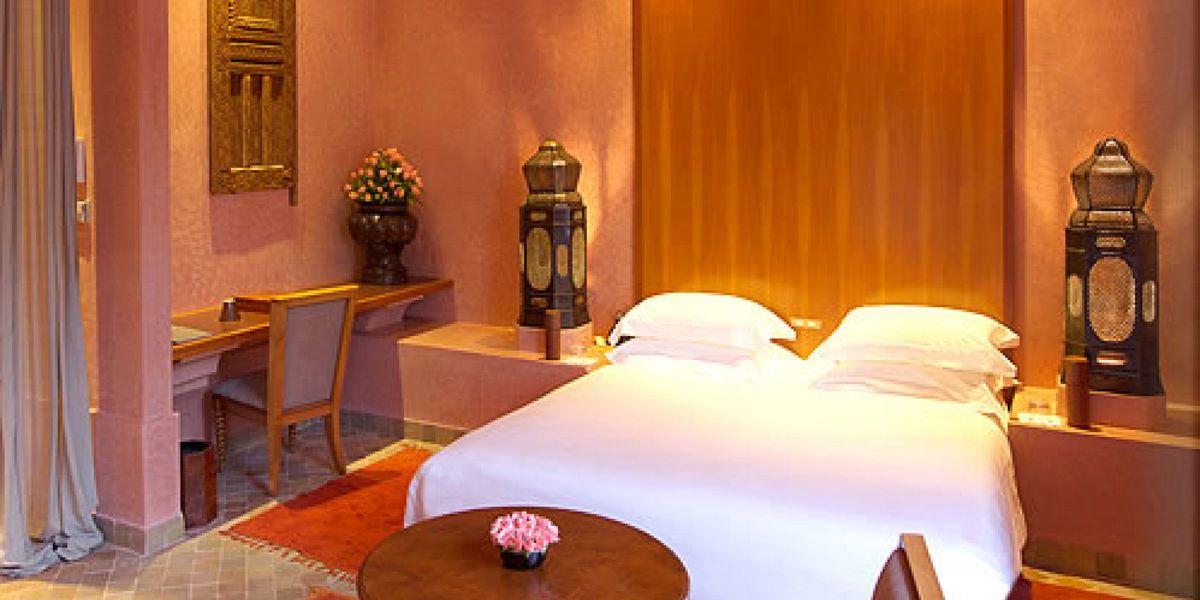 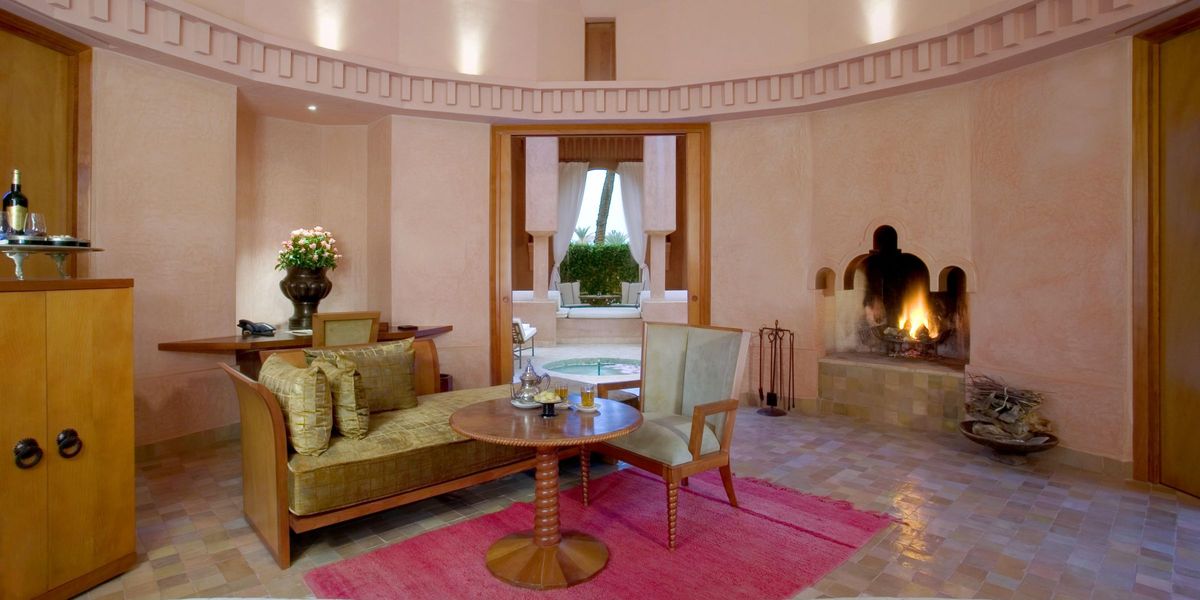 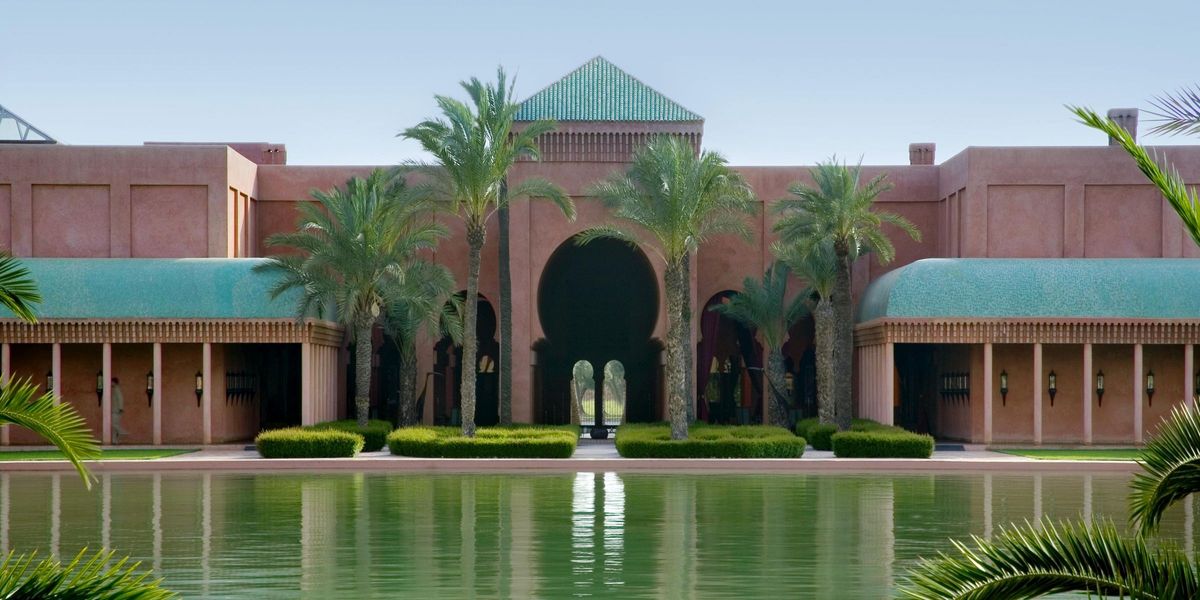 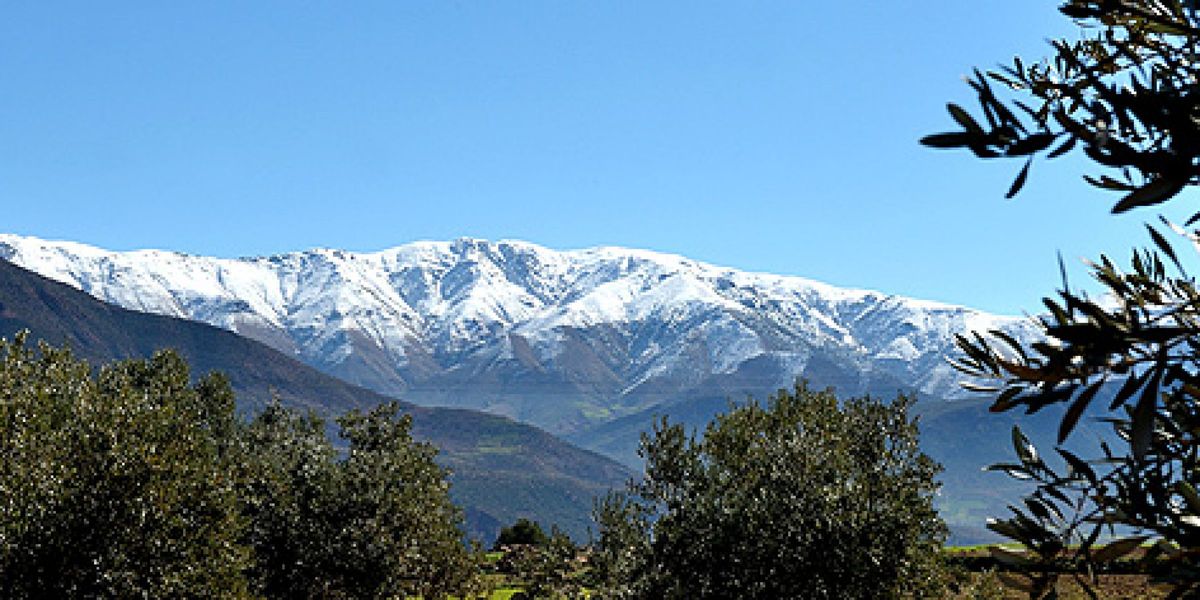 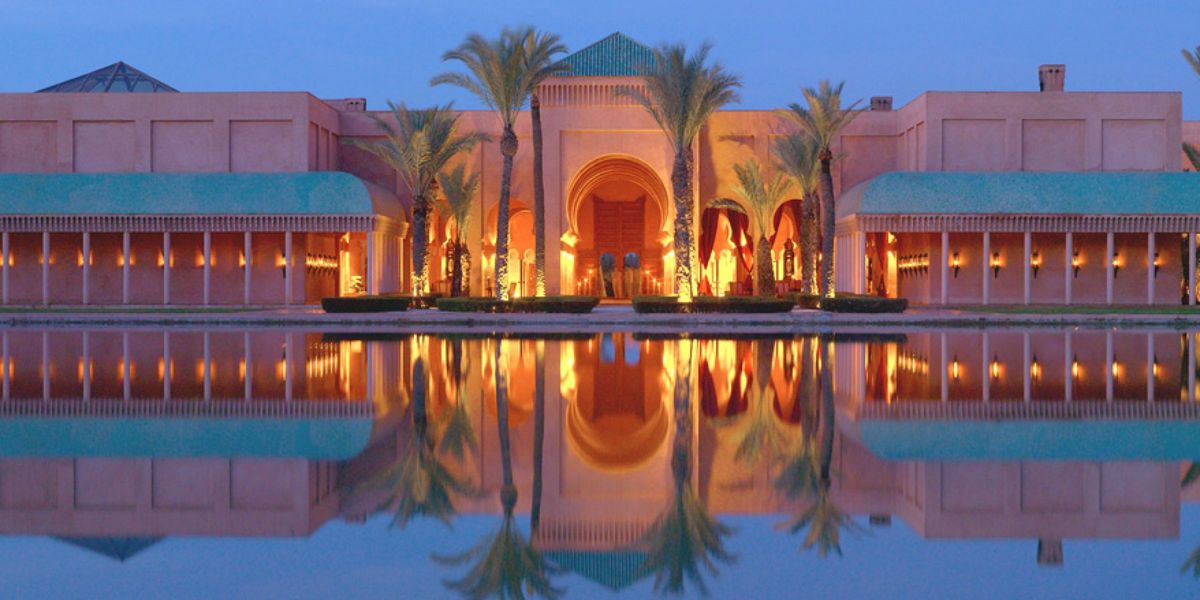 Amanjena is perhaps the most luxurious accommodation option in the Marrakech region. It is perfect for those looking for quiet, serene surroundings as it is located 20 minutes outside of the old medina.

Amanjena, or ‘peaceful paradise’, is the first Amanresort on the African continent. The property is located just outside the ancient Moroccan city of Marrakech on the southern road to Ouarzazate, the gateway to the Sahara Desert. The High Atlas Mountains claim the Marrakech horizon and the Atlantic coast is just two hours away. The 18-hole Amelkis Championship Golf Course lies immediately alongside Amanjena, with a second course – the Royal Golf Course – just minutes away. Amanjena is 20 minutes from the airport and the drive passes the king’s palace and Agdal Gardens, a 12th-century estate of irrigated olive orchards and bitter orange trees.

Known in Arabic as Al Medina al-Hamra, the ‘Red City’, due to its rosy-hued walls and structures, Marrakech was the inspiration for Amanjena’s design. The resort’s walls and Morocco luxury villas echo the city’s old pisé (rammed earth) buildings as well as the Berber villages that cling to the High Atlas Mountains. Green is also a predominant colour in the oasis of Marrakech – the colour of Islam, paradise, royalty and abundance. The colour of nature gilds Amanjena, too: its lawns and vines, its emerald-clay roofs, Moroccan marble fountains and the dazzle of hand-cut, glazed tiles known as zellij.

Amanjena’s 18 rose-toned Pavilions, six Pavilions Bassin, eight Pavilions Piscine, six two-storey Maisons and the two-bedroom Al-Hamra Maison all radiate from the ancient bassin (irrigation pool) which lies at the heart of the property.

Other Regions in Morocco