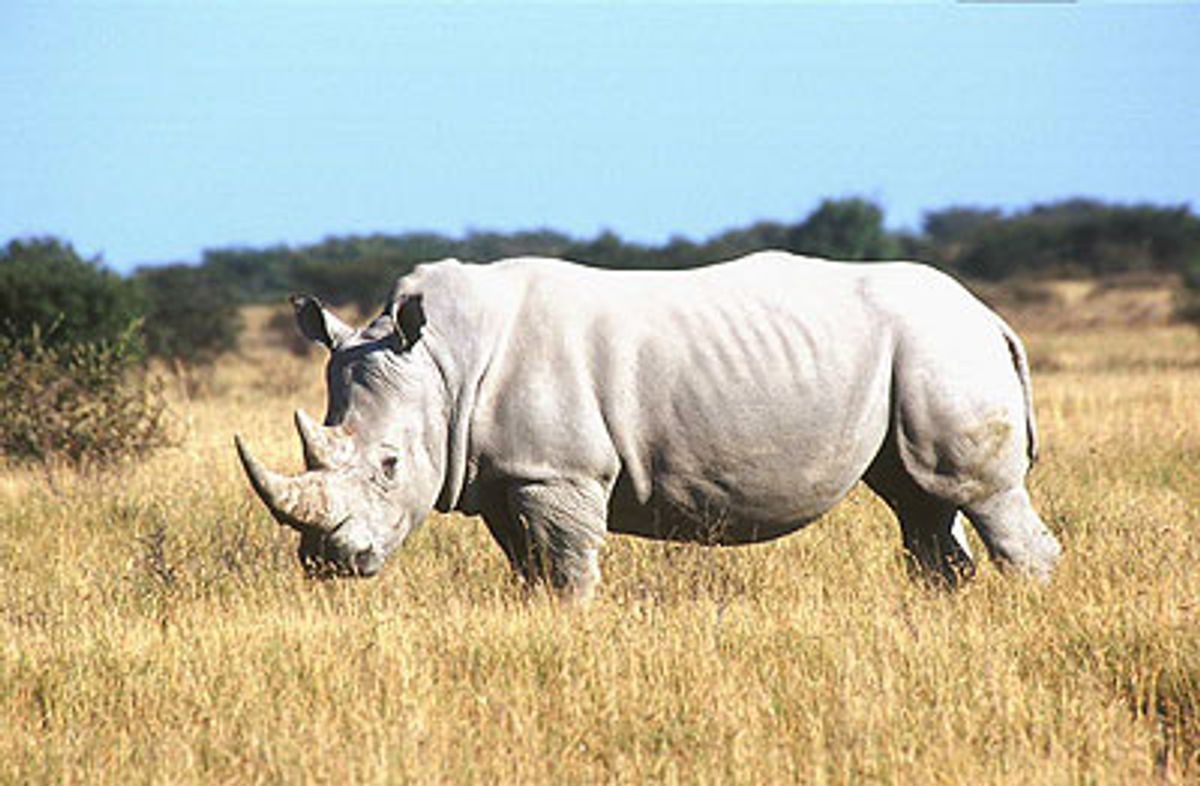 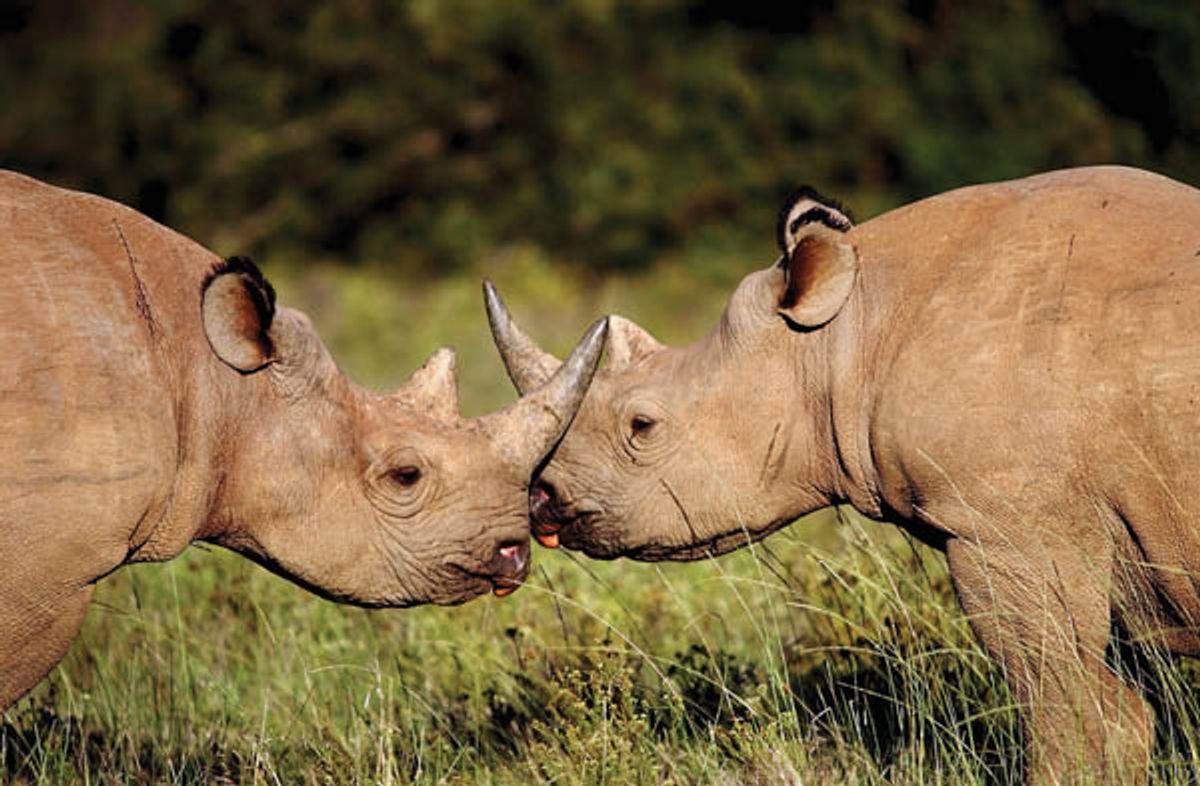 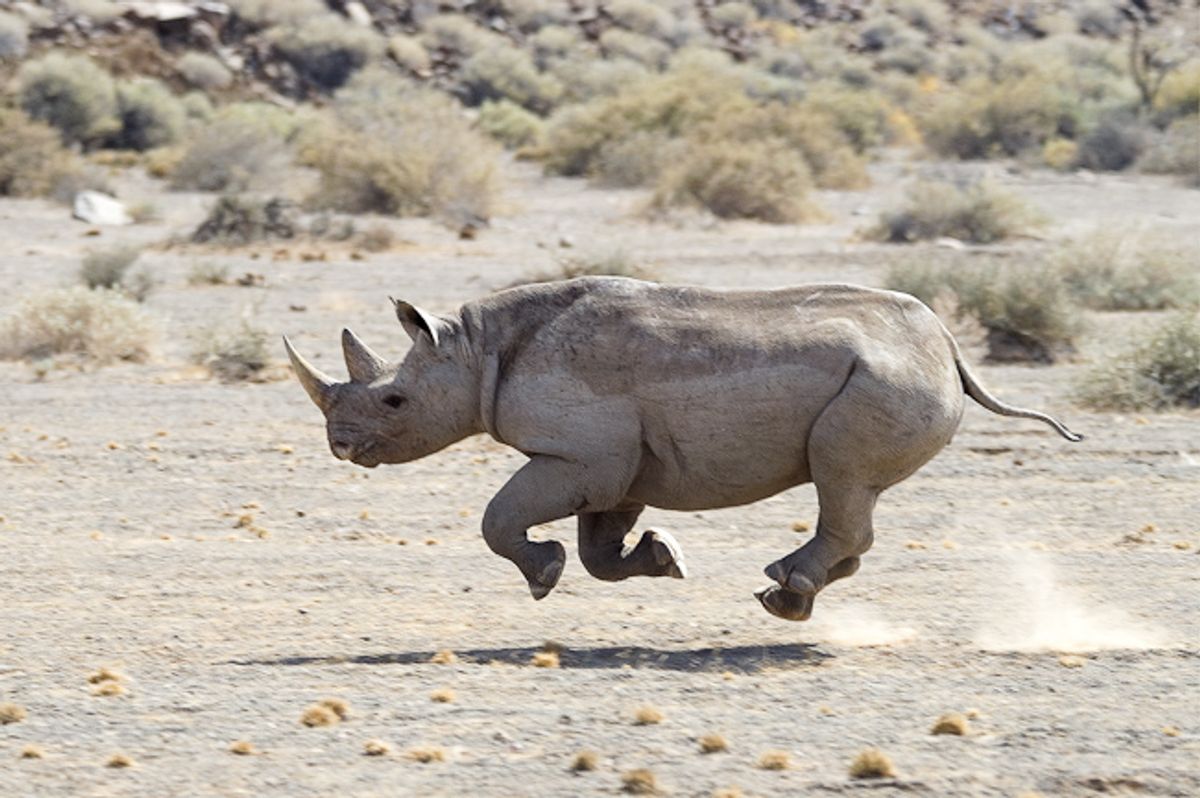 The mighty rhino is a hulking, stoic creature long sought out by safari enthusiasts from all over the world. Marvel at the prehistoric nature of these beasts and realize that in spite of their strong physique and imposing horns, these herbivores tend to silently roam the savannahs and shrub lands on their own, preferring a solitary lifestyle. Thriving in Africa for more than 14 million years, long before ancient man first roamed the savannah, both the White rhino and Black rhino, differentiated by their lip shape and skeletal structure (not color), are facing staggering blows to their population densities due to intense poaching throughout the continent with some subspecies already going extinct. With over 1,000 rhino poached in South Africa in 2013 alone, remaining populations have become increasingly isolated and are constantly at risk of being poached. To see a rhino in the wild is a thrilling and memorable encounter that few people have been lucky enough to experience and will surely be a moment that you will not soon forget. Here are a number of itineraries where your chances are great to see these majestic animals in action.