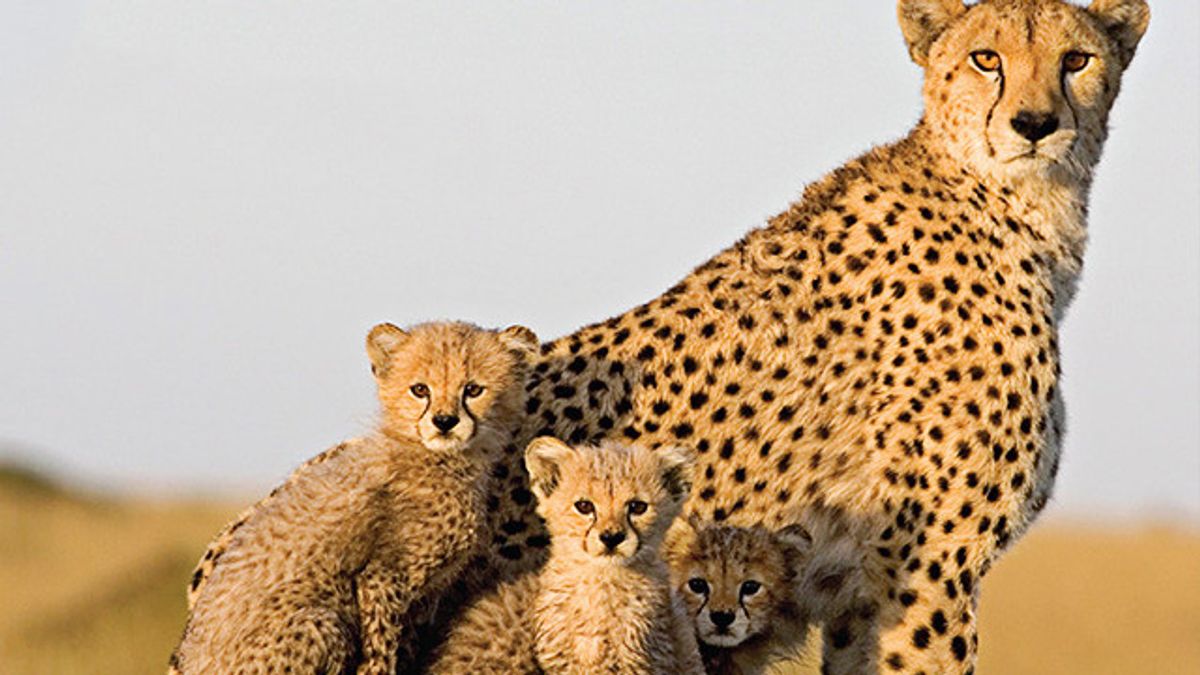 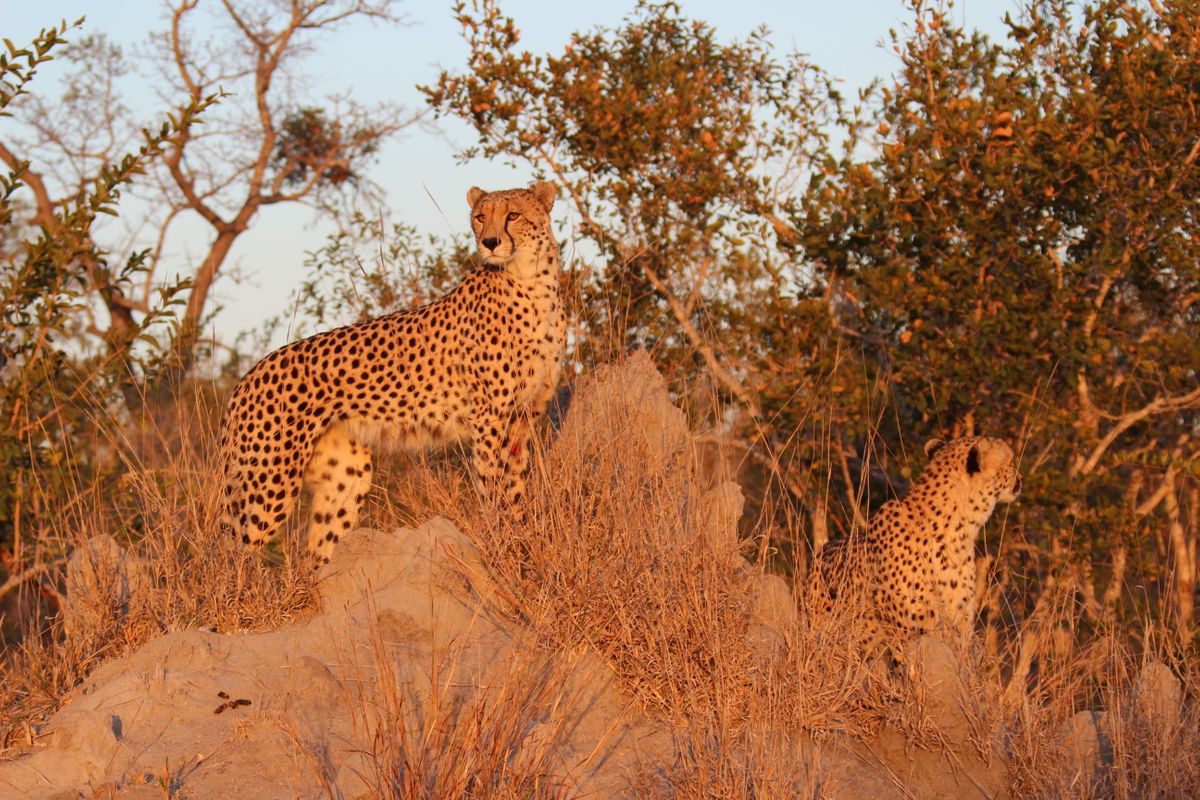 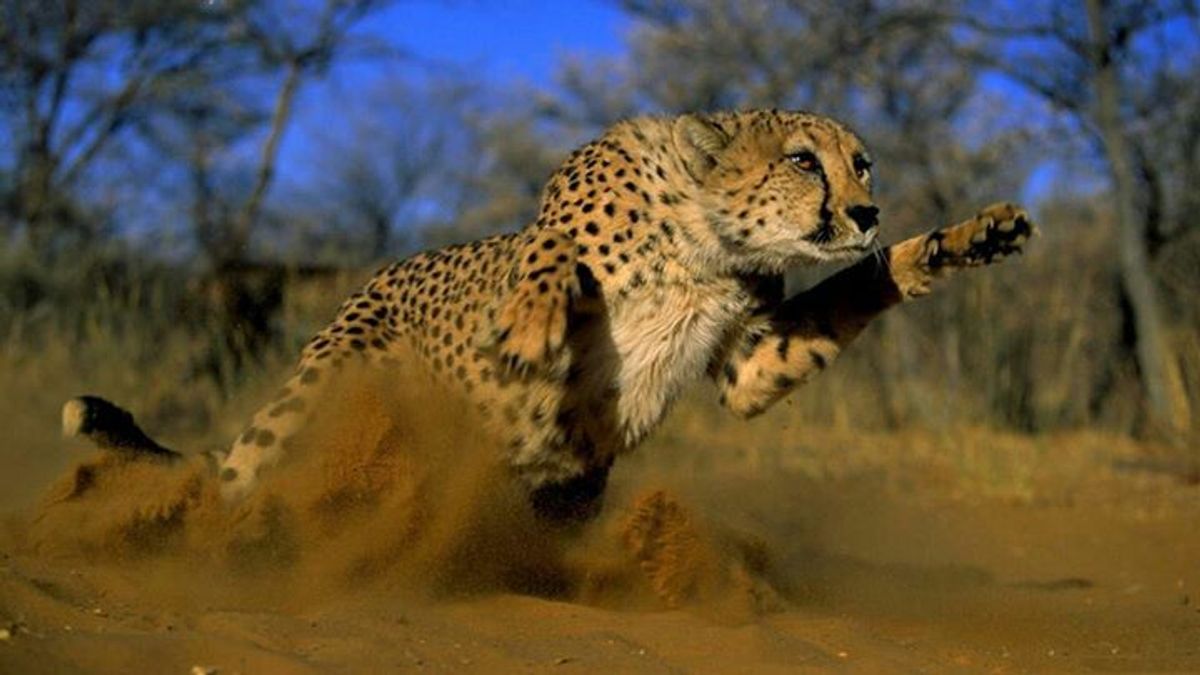 The fastest land animal in the world, the cheetah is a marvel of evolution. The cheetah can accelerate from zero to 40 mph in three strides, reaching their full speed of 70 mph in mere seconds. As they sprint, only one foot at a time touches the ground. Nearing full speed, the cheetah is running at about 3 strides per second. The cheetah's heart rate climbs from 60 to 150 breaths per minute during a high-speed chase, however they can run only 400 to 600 yards at this pace before they are exhausted.

The cheetah's slender, long-legged body is built for speed. They have small heads with flat faces, allowing the their large eyes maximum vision with enlarged nostrils and extensive air-filled sinuses. Their narrow, lightweight bodies have long slender legs and specialized muscles. Their legs have an expanded reach as their hips and shoulders swivel on their flexible spines when running, giving great extension and reach to the legs. Their long tails act as a stabilizer for balance, preventing them from rolling over and spinning out in quick, fast turns during a high-speed chase. They have a powerful heart and large, strong arteries. Cheetahs have short, blunt semi-retractable claws that grip the ground like cleats for excellent traction when running. Their paws are less rounded than the other cats, and their pads are hard, similar to tire treads, to help them in fast, sharp turns. 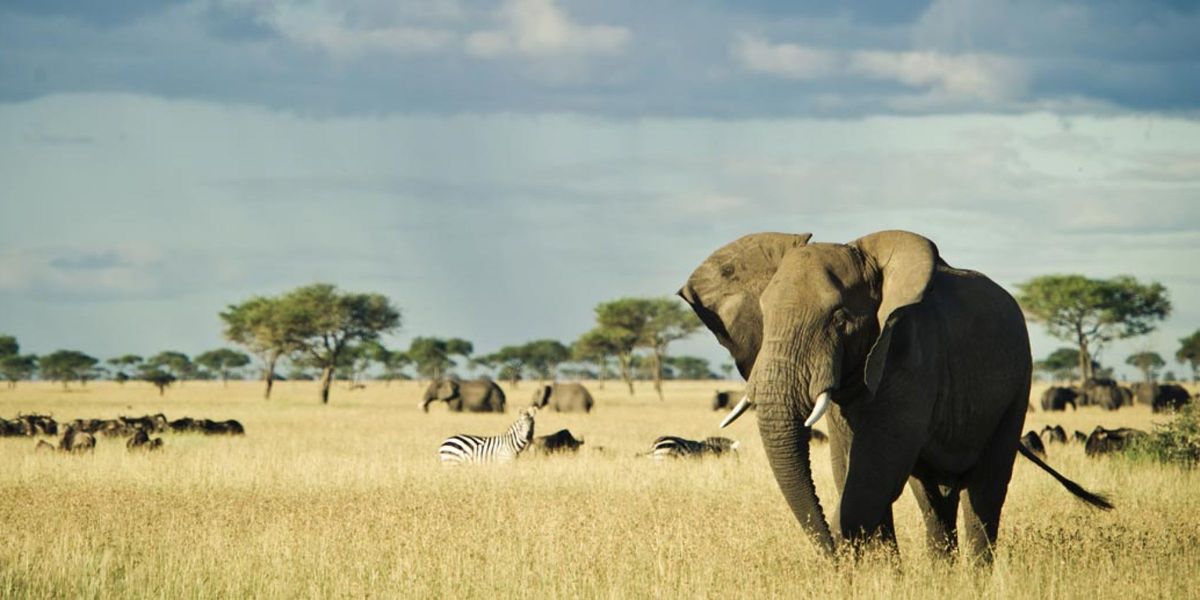