Why You Should Always Travel with an Avid Birder

I love wildlife an incredible amount, but birds just don’t tickle my fancy. The big, colorful ones are fun to spot, but you’ll never find me plastering binoculars to my face in an endless search for little brown jobbies, or LBJs as they’re affectionately known in the birding community. Birdwatching is an acquired taste – it seems like you either love it or hate it.

On a recent trip through Zimbabwe, I found myself in the company of hardcore birder. He had been on safari more times than he could count so he wasn’t going to commandeer the game drives in search of LBJs…except for the orange-winged pytilia. This particular bird had captured his attention – it had a small home range and was rare even within that limited space. On arrival at each new camp, he would ask the guides if any were found in the area, his voice laden with unmasked hopefulness. At every wildlife sighting, every coffee break, every sundowner, he would take a few moments to scan the surrounding trees, checking for his elusive friend. 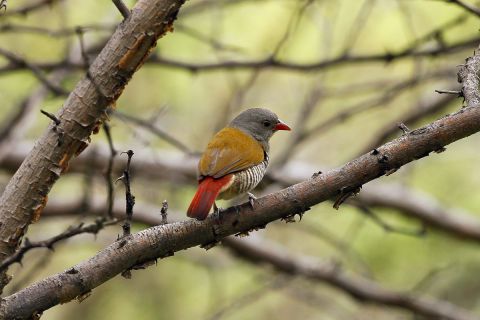 This is the orange winged pytilia. Sure, it’s a pretty bird – but would it, or any other bird for that matter, ever hold sway over several years of my game drives?

Or so I thought…

While enjoying lunch on the deck of Nehimba Lodge in Hwange, he suddenly shot to his feet, nearly knocking over his plate and several others. Everyone looked up in surprise as he bounded down to the edge of the waterhole, binoculars in tow and baseball hat strategically turned around for maximum birdwatching abilities. He was practically vibrating with excitement as he starred intensely through his binoculars, hoping to see the telltale orange wings that would confirm his suspicions.

“There it is…it’s an ORANGE WINGED PYTILIA!”, he exclaimed with his arms thrust victoriously above his head.

Ironically, his enthusiastic outburst scared the little guy off, but not before he had managed to identify its fleeting form. For the rest of the day he wore the biggest, most genuine grin I have ever seen on a person. I marveled at the purity of his contentedness, and began to wonder: ‘Should I give birding a try? Maybe this guy has discovered the great secret to a happy life…’

The next day I started taking note of the birds we were seeing, and much to my (and his) surprise, so were several other people in our group. Beyond seeing beautiful birdlife, birding brought on an unexpected but incredibly great benefit to our game drives. When you’re stopped at an unusual bird sighting, suddenly the bush comes to life in a whole new way. Without the ever-present rumbling of the engine, the subtle susurrations of the bush suddenly flood into your ears. You start to notice the nuances of their behavior and how it reveals hidden dynamics in the landscape that you never before appreciated. With an aerial view, they are able to spot predators first, sending out alarm calls and alerting you to a stealthy leopard to a hidden pride of lions. When in doubt, bring your favorite birder for they are sure to bring you good luck in the bush.

I'm proud to call myself a birder now. Slowing down and watching the birds gives you a privileged insight to the magic of the bush. It is a magic that only reveals itself to those who wait, and to those who love the birds. 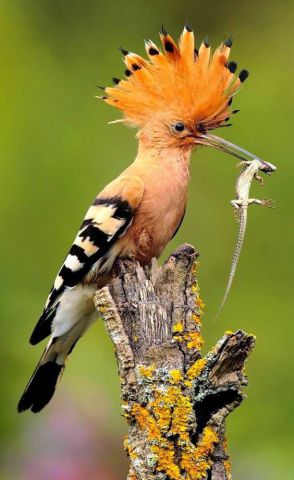 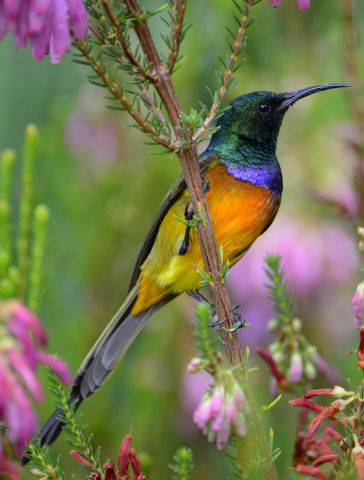 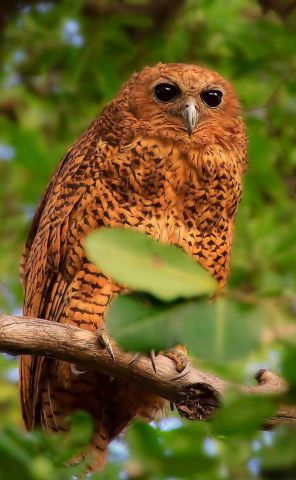 Embrace the birding way of life yourself!