At the heart of Mango Safaris’ values are wildlife conservation and the desire to protect Africa’s wildest destinations. We believe deeply in giving back to the beautiful areas we visit by supporting conservation projects ranging from rescuing orphaned baby animals to habitat restoration. Throughout our 20 years of business, we have partnered with numerous reputable conservation organizations. Most recently, we are proud to be a part of Wilderness Safaris' Gorilla Habitat Reforestation Project at Volcanoes National Park, Rwanda. 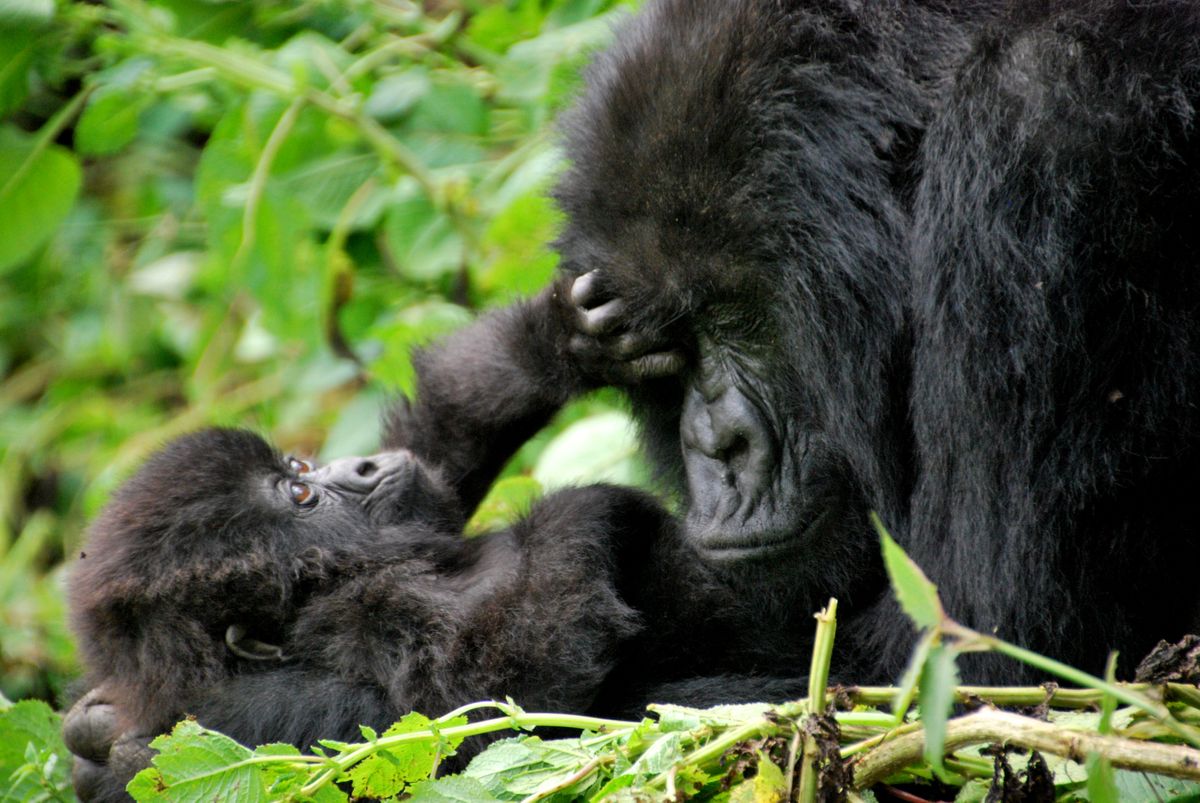 The new Wilderness Safaris Bisate Lodge is nestled adjacent to the national park in lush, terraced hills formed by a small volcanic crater. Led by agronomist Jean Moise, their team are working to transition the land from agricultural back into native forest. The long-term goal is to reconnect their section of rehabilitated land with the national park to expand the habitat available to endangered mountain gorillas and other wildlife. As an endangered species facing countless threats from habitat loss to illegal poaching, gorilla conservation is at a critical tipping point and concerted efforts must be made to protect them. Mango Safaris has sponsored an entire hill of the Bisate Forest, committing to funding the efforts to remove invasive species, rehabilitate the soil and tend to the transplanted native trees.

The team works year-round to bring the ecosystem back to life. Seeds previously collected from the wild are lovingly tended by the nursery team, ensuring they will be robust enough for transplanting when favorable conditions allow. Other team members work to clear invasive plants from the land, such a eucalyptus. A planting team transfers saplings from the nursery into the newly cleared land, then continually monitor their progress as they establish in their new setting. So far, 20,000 new indigenous trees have been planted, with plans for at least another 10,000 within the following year.

Nature is remarkably resilient, and if mankind works with rather than against it, great things can happen to the benefit of all. The Bisate Forest ecosystem has been recovering beautifully, with noticeable changes already taking place this early in the project. The staff have been diligently keeping an eye open for new species as they return to the land. Birds and mammals alike have been spotted, including black-fronted duiker, brush-tailed porcupine, genet, side-striped jackal, golden monkey, tree hyrax, two species of squirrel, bushbuck, African buffalo, wood owl, flycatchers and even the incredibly rare and sought-after African pitta.

To celebrate our 20th anniversary, we gave away a luxury safari trip, with 100% of the proceeds from ticket sales benefitting the gorilla habitat reforestation project. Donations are still being accepted if you'd like to help us rehabilitate land and expand the habitat available to endangered mountain gorillas and other wildlife. Simply enter your information below. Thank you for your support!