Using Dogs to Save Cats

The Race to Save Cheetahs 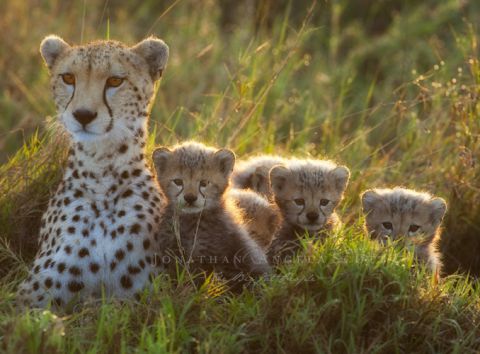 Imagine you are a farmer living with your family in Namibia. From the age of six when you first started tending your family’s herd, every day of your life has been dedicated to caring for and protecting your cattle. Just like millions of other African families, these cattle are your best chance for a good life, acting as both an economic and social currency. Cattle are so integral to cultures across Africa. They are offered for bridal dowries, sacrificed for meals at special occasions, and seen as an intermediary between the human and spirit world. In short, they represent so much more than simply livestock or income to many African cultures, making them pretty invaluable. So when something threatens your cattle herd, it’s understandable that you would be willing to do everything in your power to protect them. 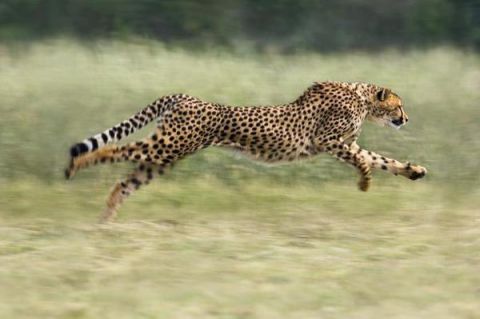 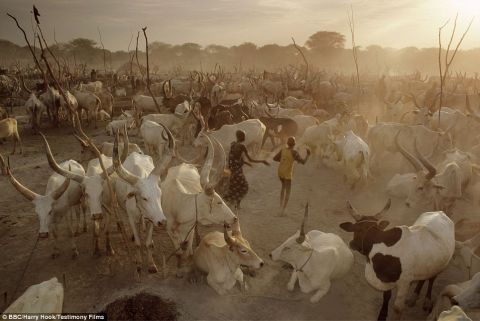 Farmers living in rural areas, especially ones adjacent to wildlife reserves, are at high risk of having cattle killed by wild animals. Prey animals in the wild – such as buffalo or impala – know to be alert for predators, but domesticated cows do not, nor do they know how to protect themselves. From a lion’s perspective, a cow looks like a pretty sweet deal – they provide the same nutrition as hunting a buffalo, but without any of the danger or effort. Given the choice between an aggressive buffalo or a docile cow, a lion will choose the cow every time – can you blame them? This is just one example of the human wildlife conflict that millions of subsistence farmers and animals face every day. Sadly, when predators kill a farmer’s cattle, they are prone to retaliate by shooting them, leaving out poisoned meat, or setting lethal snares – but can you blame them? 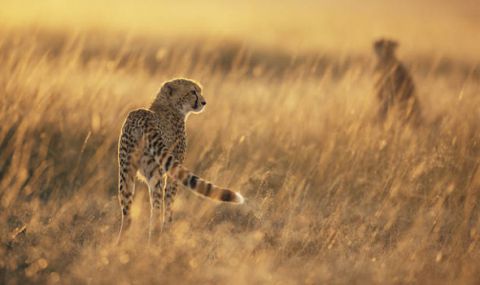 From both the farmers’ and the predators’ perspectives, both are acting in understandable ways. But predator populations across Africa are already facing enough pressures pushing them to the brink of extinction without retaliation coming into play. This where organizations such as the Cheetah Conservation Fund (CCF) come into play. They provide tools and training to farming communities to help them combat human wildlife conflict in sustainable ways. Beyond this, they also do habitat restoration and rehabilitate orphaned cheetahs so that they can be released back into the wild. 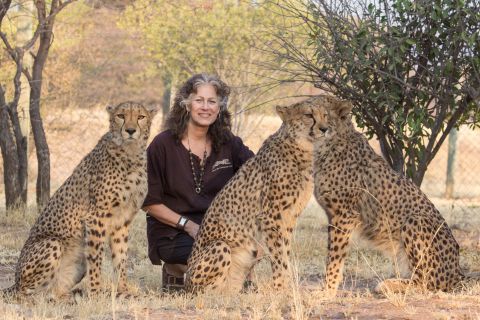 Compared to other big cats, cheetahs are disproportionately impacted by human wildlife conflict. Cheetahs may seem like impressive hunters to us, but they’re actually at the bottom of the predator chain of power. Their lithe bodies, non-retractable claws, and relatively small jaws mean that they are less powerful than lions leopards, hyenas, and wild dogs. They can’t defend their kills from predators looking to steal their kills, nor can they pull it up into a tree like leopards do. As a result, they tend to hang around the edge of an ecosystem, keeping out of the way of other predators. Unfortuantely, this also puts them closer to humans and therefore the chance that they will kill cattle. Today over 90% of wild cheetahs live outside of protected areas, which is why so many cheetahs fall victim to human wildlife conflict. 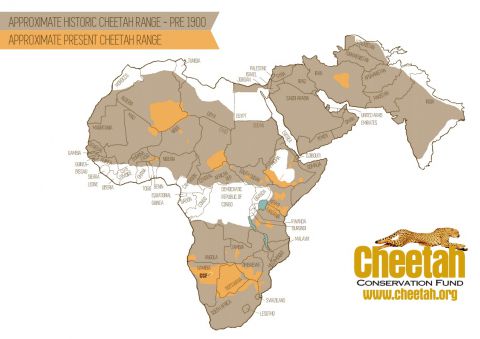 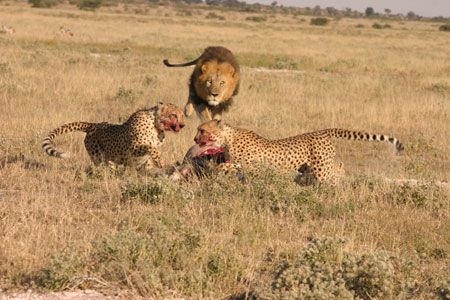 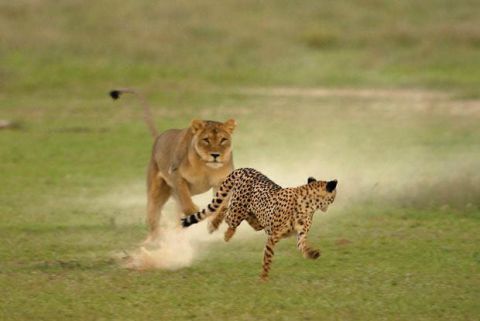 Cheetahs once called the whole African continent and parts of Asia home, but that is no longer the case. Today they are extinct in 77% of their former range, including all of Asia except a tiny population in Iran. Over 100,000 cheetahs roamed the plains in 1900, but today less than 10,000 remain – that’s over a 90% extinction rate. To help alleviate human wildlife conflict, CCF is providing specially trained livestock guarding dogs to local farmers, and engaging in community education programs on techniques for non-lethal wildlife control. Since 1994, over 500 Anatolian shepherd and Kangal dogs have been placed with farmers in exchange for participating in an educational course. The program has been very well received by local communities – there’s now a two year waiting list for dogs. Throughout the lives of these dogs, on-site visits are conducted to check on their health and provide any care needed. 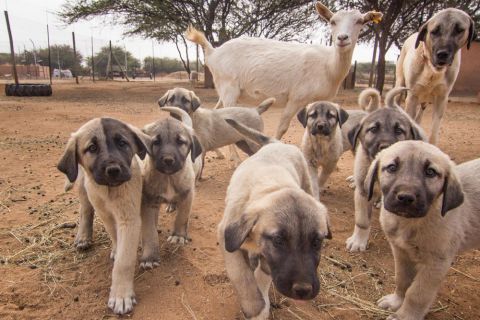 Such a fantastic program doesn’t come free, and the CCF relies on donations to keep their programs thriving. Mango Safaris is proud to support such a great organization and we encourage you to make a donation as well. Together we can make a difference in alleviating human wildlife conflict, creating better lives for both farmers and the beautiful predators of Africa. 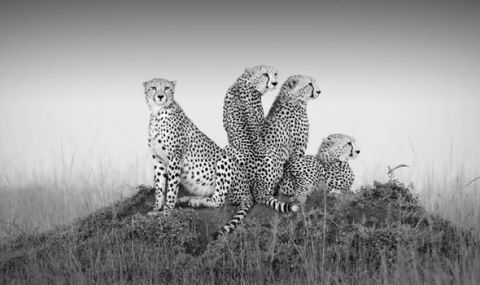 Want to meet the CCF cheetahs in person? 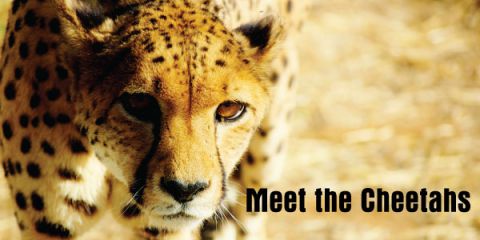